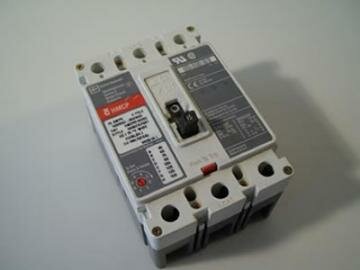 We are manufacturer of Electrical Circuit Breaker switches that can be operated manually as well as automatically for controlling and protection of electrical power system respectively.Since the power system deals with huge currents, the spacial attention is given while designing our electrical circuit breaker to ensure safe interruption of arc produced during the operation of circuit breaker.

Many electrical distribution systems can deliver large short Circuit Breakers circuit currents to electrical equipment. This high current can cause extensive damage. Current limiting circuit breakers will reduce the current flowing in the faulted circuit to substantially less magnitude. This helps protect expensive equipment. One way to accomplish current limiting is with an additional set of contacts that feature two moveable arms. These are referred to as dual-pivot contacts, which separate even more quickly than the single-pivot contacts. The dual-pivot contacts are connected in series with the single-pivot contacts. As with the single-pivot design, current flows in opposite directions through the contact arms, creating a magnetic repulsion. As current increases, the magnetic repulsion force increases.

Technical Speification of Electric Circuit Breaker Manufacturered By Us